We were approached to build an unbranded awareness site for seeing impaired individuals with sleeping disorders. Along with the usual user and web standards practices, we took extra time to craft the experience for accessible technologies such as screen readers and user tested focus groups

Shortly after our launch the client was so enthused with the site and how it was being received by the community we were contracted to extend the content management for multilingual support of both french and german translation. We helped develop an ongoing audio podcast series with accessible html5 audio player. 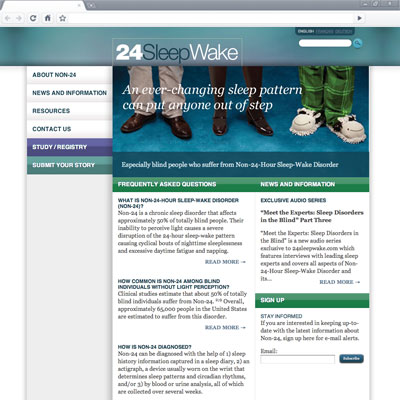 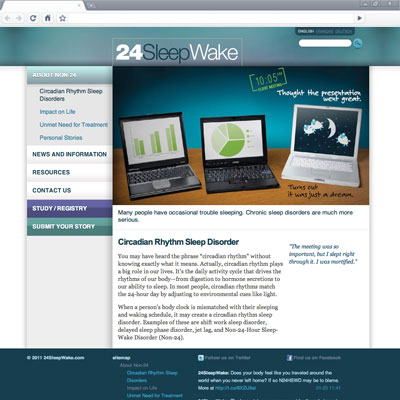 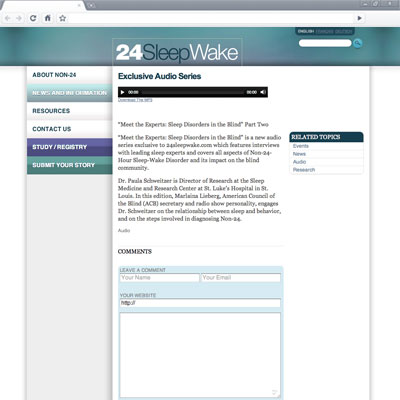